The first Australian to break the four-minute mile barrier and the Governor of Victoria from 2001 -2006, John Landy AC CVO MBE OLY has passed away at the age of 91.

A legend of Australian sport, Landy created one of the most iconic and memorable moments in the history of athletics at the 1956 Australian National Championships. In the final of the mile race, fellow runner and Melburnian Ron Clarke was tripped and after leaping over him to avoid falling himself, Landy stopped, doubled back and helped Clarke to his feet. Both men began their chase and over the last two laps, Landy made up the deficit to not only win the race but book a place in the 1956 Olympic team.

That historic gesture of sportsmanship was memorialised with a bronze statue in 2002 which currently sits on Olympic Boulevard in Melbourne. 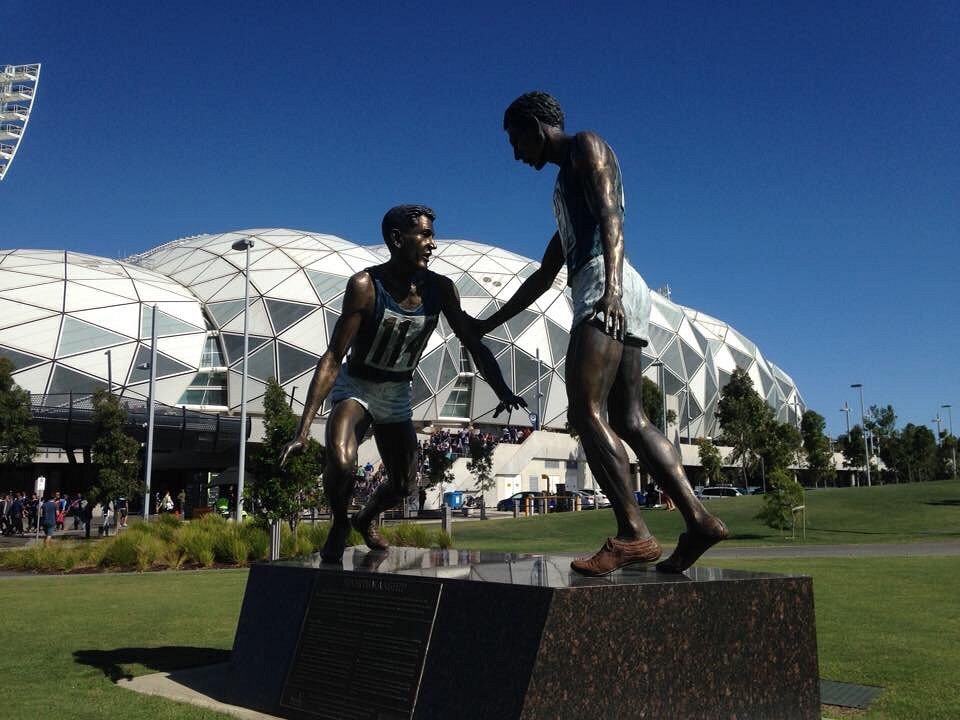 However, Landy preferred to be remembered as simply a good runner rather than for that selfless act and his prowess on the track led him to win a bronze medal in the 1500m at the 1956 Olympic Games and a silver medal in the mile race at the 1954 British Empire and Commonwealth Games. During his career, Landy also owned the world records for the 1500m and the mile.

His battle with Englishman Roger Bannister to become the first person to run a sub-four minute mile was legendary and he achieved the feat, previously believed to be beyond human capabilities, just six weeks after Bannister earned the title.

Following his retirement, Landy worked in the field of agricultural science, becoming a research and development manager for Imperial Chemical Industries Australia while authoring two books on natural history.

In 2001, he was sworn in as the 26th Governor of Victoria on the recommendation of Premier Steve Bracks. He retired from the position in 2006 but not before completing the Queen’s Baton relay as the final runner for the Melbourne Commonwealth Games, presenting the baton to Queen Elizabeth II during the opening ceremony.

Made a Member of the Order of the British Empire (MBE) for services to sport in 1955, Landy was also awarded the Australian Sports Medal in 2000 and a Companion of the Order of Australia (AC) in 2001. He was inducted into the Sport Australia Hall of Fame in 1985 before being elevated to Legend status in 2005, one of only 44 members to receive the honour.