Finalists for the 2016 Victorian Sports Awards announced today will showcase the outstanding performances of athletes, teams, coaches, officials, administrators and sporting organisations, from the grassroots through to elite level in nineteen categories.

The 2016 Victorian Sports Awards, in their 31st year, will be held on Thursday 30 March 2017 at the Melbourne Convention and Exhibition Centre.

The Victorian Minister for Sport, the Hon John Eren said the high calibre of the Victorian Sports Awards is a testament to the hard work and collaboration between the Victorian Government, grassroots clubs, volunteers, sporting associations, agencies and local government who all play an important role.

Chairman of Vicsport, the peak sporting body in Victoria, Margot Foster AM, said the Awards, a highlight of Victoria's sporting calendar, provides a major focus on the importance of sport to the Victorian community and economy.

"Currently in Victoria over 3.25 million Victorians play sport or are engaged in active recreation which involves 580,000 volunteers, 100 sporting associations and 16,000 clubs.

Ms Foster said the 2016 Victorian Sports Awards will, for the first time in the history of the event, see the inclusion of community sport and active recreation categories, with local sporting heroes standing on stage alongside elite sports men and women through an arrangement with Vicsport and the Victorian Government.

One of the highlights of the evening will be the Governor's Award for the Female and Male Athlete of the Year.

Luke Beveridge, the Western Bulldogs Premiership Coach, and Craig Williams, who coached Olympic Swimmer Mack Horton to Gold in the 2016 Olympics, are two nominees for the Coach of the Year.

One of the nominations for Victorian Young Volunteer of the Year is Najmo Abdinasir for Football. Najmo is a young Somali woman who, as an 'I Speak Football' volunteer, is using the 'World Game' to promote social unity in the Victorian community.

Also showcased will be development initiatives from across Victoria, highlighting the invaluable programs that have led to increased participation in sport.

Included in these categories are local government initiatives such as the City of Greater Dandenong's All Nations Social Cricket program, Basketball Victoria's - Walking Basketball for people recovering from injury and major community events such as the Pier to Pub Swim at Lorne.

CEO of Vicsport, Steven Potts said the 2016 Victorian Sports Awards are vital in providing an opportunity to recognise the role of administrators, officials and volunteers who provide the structure to ensure associations, clubs and their members have the best possible opportunity to participate.

"The 2016 Victorian Sports Awards also provide an opportunity to showcase sport in country and regional areas and provide recognition to individuals who have given outstanding service to Victorian Community Sport and Recreation," Mr Potts said.

Visit vicsport.com.au/awards for all finalists and their profiles.

VICSPORT RESPONDS TO THE 2015/16 STATE BUDGET 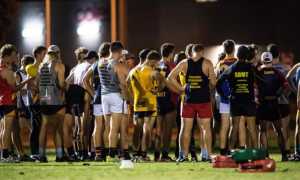 The head of Victoria’s peak sporting body Vicsport today said the 200% rise in gas prices for some New South Wales swimming pools should alert all levels of Government that community based sporting clubs could face financial problems with excessive increases in energy prices.

Responsible Use of Alcohol 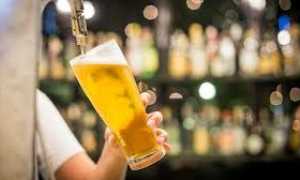 Vicsport and VicHealth have developed resources to assist sporting clubs to be more mindful when serving alcohol.