At the 32nd Sport Australia Hall of Fame Induction and Awards Gala held in Melbourneon Thursday 13 October, Wally Lewis became the 38th Legend of Australian sport. Michelle Payne was presented with ‘The Don’ Award, as the athlete who most inspired the nation.

Eight Australian sporting greats were inducted as members into the Sport Australia Hall of Fame, five young athletes were announced as recipients of the Scholarship and Mentoring Program to assist in achieving their sporting dreams and Western Bulldogs coach Luke Beveridge was presented with the ‘Spirit of Sport’ Award for his AFL grand final gesture at Australian sport’s night of nights.

"We have a tsunami coming…women in sport."

“How privileged we are to live in a country where sport is front and centre.”

Full details on all awards below.

Vision from the 2016 Sport Australia Hall of Fame Induction and Awards is available via this link:

This link contains five packages of clips from the evening. The packages are:

Wally Lewis is known as ‘The King’ and the ‘Emperor of Lang Park’ and he can now add another title – legend of Australian sport.

Lewis said he was “bewildered” to learn of his elevation to legend status.

“I said the same ridiculous thing that you laugh at other people for saying - you’re kidding,” Lewis said.

“You just don’t regard yourself as being in the same class or category as the people that you admired throughout your sporting days when you were watching them.”

Lewis, who had kept the news of his elevation to legend status a secret from his wife until just recently, paid tribute to his father, a former first-grade coach who spent hours with a young Wally teaching him the nuances of the game.

“Dad used to say to me – son if you are trying to learn how to play rugby league - these are the things you’ve got to do - you’ve got to tackle as good as Johnny Raper - and I played in the same position as John as a lock forward in my early days. That’s what Johnny Raper does, he runs across and cover defends in his tackles, dad would say.”

“He had three rules - make sure you head is in the right spot, your eyes were always open and your arms are wrapped around the tackle,” Lewis recalled.

Despite the length and achievements during his marvellous career, Lewis said there were three moments that stood out.

“My first-grade debut - getting a start in the big time,” Lewis said.

“The first time I was picked to play for Queensland was something that was unbelievable and then playing against NSW in an Origin match.”

“And when I was named captain of Australia. That was probably the moment that was the biggest of all. When I got picked to play for Australia I was overjoyed but to be named captain.”

“I remember standing at the Sydney Cricket Ground, we were playing France and I led the team out onto the field and we stood in a semi-circle facing the main grandstand when the national anthems were played. I remember looking up into the Grandstand and seeing my dad. It was pretty obvious that he was wiping the tears away from his eyes. I said to mum after the game, what was that going on with dad? Mum said he was crying. Dad said ‘I was not’, it was just dusty!”

“That to me was a real indication that all the things I wanted to repay him for, that was a great way to do it as it was obvious what it meant to him that day to have his son running out as Australian captain,” Lewis said.

A Kangaroos captain and State of Origin hero Lewis is remembered for his ability to control a football game, conjure tries from the inconceivable, inspire his teammates, frustrate the opposition and infuriate opposing fans with a passing game that redefined the sport.

By the end of his career, even those in New South Wales agreed that Wally Lewis was ‘The King’.

Wally Lewis was inducted into The Sport Australia Hall of Fame in 1987 as an athlete member for his contribution to the sport of rugby league, the same year he was made a Member of the Order of Australia for his services to rugby league.

He is now elevated to the status of Legend of Australian sport – the 38th Australian to receive this honour.

Michelle Payne rides off with ‘The Don’

From the moment Michelle Payne crossed the finish line of the 2015 Melbourne Cup aboard Prince of Penzance, Australia rose to salute the first female jockey to win the race that stops the nation.

And when Michelle told the doubters to “get stuffed” in her post-race interviews – a nation cheered.

And whilst all the nominees produced incredible feats, becoming the first female jockey in the Melbourne Cup’s 155-year history to win the race was judged first past the post in most inspiring a nation and with it the 2016 ‘The Don’ Award.

Payne said it was an “incredible honour, unbelievable really” to win the award adding that everything that’s taken place since she crossed the line on the first Tuesday in November has been amazing.

“I could never have believed everything that has happened since the race, absolutely not in my wildest dreams. It was very much a life changing race,” Payne said

It hasn’t all been smooth sailing though, with a heavy race fall in Mildura in May providing a significant reality check and the “toughest challenge of her life”.

“It’s definitely changed my views on life since winning the Melbourne Cup and then going through what I did with the fall.”

“I've always been grateful for any luck I've had but I think now, more than ever, I am just happy to be healthy and doing what I love. Anything from now is a bonus.”

In a sport renowned for its male dominance, Payne overcame numerous barriers to become a leading jockey and with it a role model for females within the racing fraternity and the broader community. Her brother Steven, who has Down syndrome, was the strapper and played a big role in Prince of Penzance’s preparation for the race. Together they touched the hearts of all Australians.

Payne said Stevie, who shared the winning moment on Cup day and during the recent AFL Grand Final parade, continues to enjoy the experiences that winning the Melbourne Cup has provided.

“Stevie is happy whatever happens. He has handled the change to his life well.”

Payne said she still doesn’t have a confirmed ride for the Melbourne Cup, - “Not at this stage but you never lose hope,” she said.

Named after the inaugural Legend elevated in the Sport Australia Hall of Fame – Sir Donald Bradman AC – ‘The Don’ Award is regarded as the highest individual honour that can be bestowed on a current Australian athlete, and is awarded to a sportsperson who, through their achievements and example over the last 12 months, is considered to have most inspired the nation.

The night also saw the Sport Australia Hall of Fame induct as athlete members six of the nation’s greatest champions who have achieved the highest honours at the top level of competition and as general members two skilled servants who have shown outstanding achievements in administrative roles.

The inductees will join 541 existing members who represent the pinnacle of over 160 years of sporting excellence.

Read more on each inductee and their full story by clicking their name.

Scholarships are awarded to aspiring athletes under the age of 21 to help them reach the highest levels of their sport.

Read more on the Scholarship and Mentoring Program here.

Presented for just the sixth time since its inception in 2005, the Spirit of Sport Award was presented to Western Bulldogs coach Luke Beveridge for his post AFL Grand Final gesture of presenting his own premiership medallion to injured club captain Bob Murphy.

Beveridge’s actions will go into sporting folklore and added a remarkable full stop to an historic day in Australian football as the Western Bulldogs broke a 62-year premiership drought.

Beveridge, who is holidaying overseas and was unable to attend, sent a video message thanking the Hall of Fame for the award.

“The modesty, generosity and mateship criteria of the award are great words. They reflect our football club in its current state and it’s our challenge to keep it there, Beveridge said.

“I’m flattered and humbled to receive the award and thank you to John Bertrand, the Chairman of the Hall of Fame, for bestowing the award on my and thank you for the recognition.”

Read more on the Spirit of Sport Award to Luke Beveridge here.

Established in 1985, The Sport Australia Hall of Fame aims to preserve and celebrate the history of Australian Sport and excite the next generation of Australians to achieve their potential both in sport and in life. The aim is to preserve Australia's rich sporting heritage by honouring these great athletes, and use the values and experience of Members to inspire future stars of Australian sport.

For more information about The Sport Australia Hall of Fame, visit www.sahof.org.au. 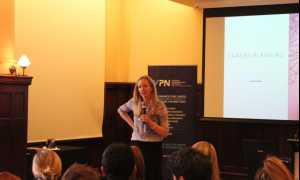 Who are you, where are going & how are you going to get there? These are the three simple yet complex questions that need to be asked and answered in order for you to develop a career plan

Gymnastics Victoria's efforts to be an all-inclusive sporting organisation was recognised last week at Victorian Disability Awards held at ZINC at Federation Square. 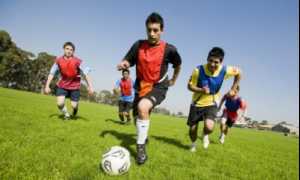 Researchers from La Trobe University Law School are working in partnership with Vicsport to find out more about how community sports administrators identify and manage health and safety risks in community sport.