Vicsport is today pleased to announce the launch of the first of three new videos as part of the Are You On Board campaign to raise awareness of the benefits of diversity and inclusion to grassroots sport organisations.

In 2014 Vicsport initiated the Are You On Board (AYOB) campaign to support conversation and action around gender diversity on Victorian SSA boards.  The campaign has been broadened in 2015 with Vicsport developing three further campaign videos and supporting resources to raise awareness and assist sports to disseminate messages on the benefits of diversity and inclusion to Victorian grassroots sport organisations.

Vicsport CEO Mark McAllion said that diversity and inclusion must now be core business for all sporting organisations;

“If Victoria is to truly claim the title of the sporting capital of the world then all Victorian sporting organisations must strive to achieve excellence in areas such as elite performance, events, but also excellence in providing safe, welcoming and inclusive environments.”

“The benefits of diverse boards, committees, volunteers and participants are well documented in many industries including sport, and we hope that the AYOB Campaign will get this message to all parts of the Victorian sport community.”

As part of the original Campaign, Vicsport created and compiled tools to help SSA CEOs, Presidents and Board Members to put gender diversity on the agenda and take action. Since its release, the initial AYOB clip has been viewed hundreds of times and is now embedded into all Vicsport board training offerings.

The 3 new videos follow on from the initial campaign and highlight the benefits of diversity and inclusion through:

As with the initial Campaign, each clip will be supported by a Call to Action outlining simple steps that clubs and associations can undertake to initiate or continue their inclusion journey.

This next phase in the campaign aims to provide an impetus for grassroots sporting organisations to initiate or continue the conversation around diversity and inclusion by clearly outlining the benefits for individuals, sport and the community. 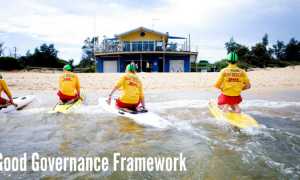 The Vicsport Good Governance toolkit is an in depth look at how organisations can lift their governance practices.

Building on Success to Create Greater Participation by Women in Sport

Chairman of Vicsport, Margot Foster AM, herself an Olympic bronze medallist in rowing, said the growth of opportunities for women to play traditionally male sports has provided a major boost in publicity and awareness of opportunities emerging in an increasing number of sports for women. 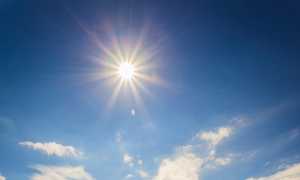 As the weather heats up and more sport is played outdoors, here's what you need to know about how to protect against UV.