Developing a world-first in video review automation, Swimming Victoria has partnered with Hawk-Eye Innovations to utilise technology that will not only complement officiating but potentially integrate with live-streaming and grow the organisation’s ability to distribute data and analytics.

While swimming has perhaps been slow to embrace modern technology, Hawk-Eye’s Synchronised Multi Angle Replay Technology (SMART) Video Review has the potential to revolutionise the sport.

The system features nine permanent cameras (four under water and five above) which feed back to an onsite review booth. There, a four-monitor setup is utilised to analyse replays, checking for things like legal turns and reducing the need for timekeepers, while simultaneously keeping an eye on the live action. 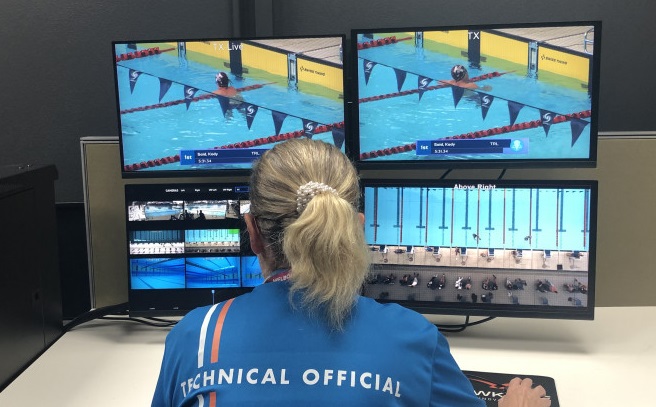 “Swimming exists on a static field of play with every competitor in their own lane but it’s interesting to note at events when you can count ten swimmers in the pool and 44 officials on pool deck,” said Swimming Victoria CEO, Jason Hellwig.

“We had to ask ourselves, are we using technology to officiate in a way that is as fair and correct as possible? Through this technology, we are now able to do that.

“The other benefit is that finding volunteers and officials is not as easy as it once was, especially as we come out of the pandemic which accelerated a lot of change. As difficult and unpleasant as that period was, there are some positive dividends out of it and a deep dive into where volunteers and officials are at in terms of servicing the sport is one of those things.

“I know people are still happy to volunteer at events but they want to do it in meaningful ways and in 2022, technology should be able to cover those less exciting tasks.” 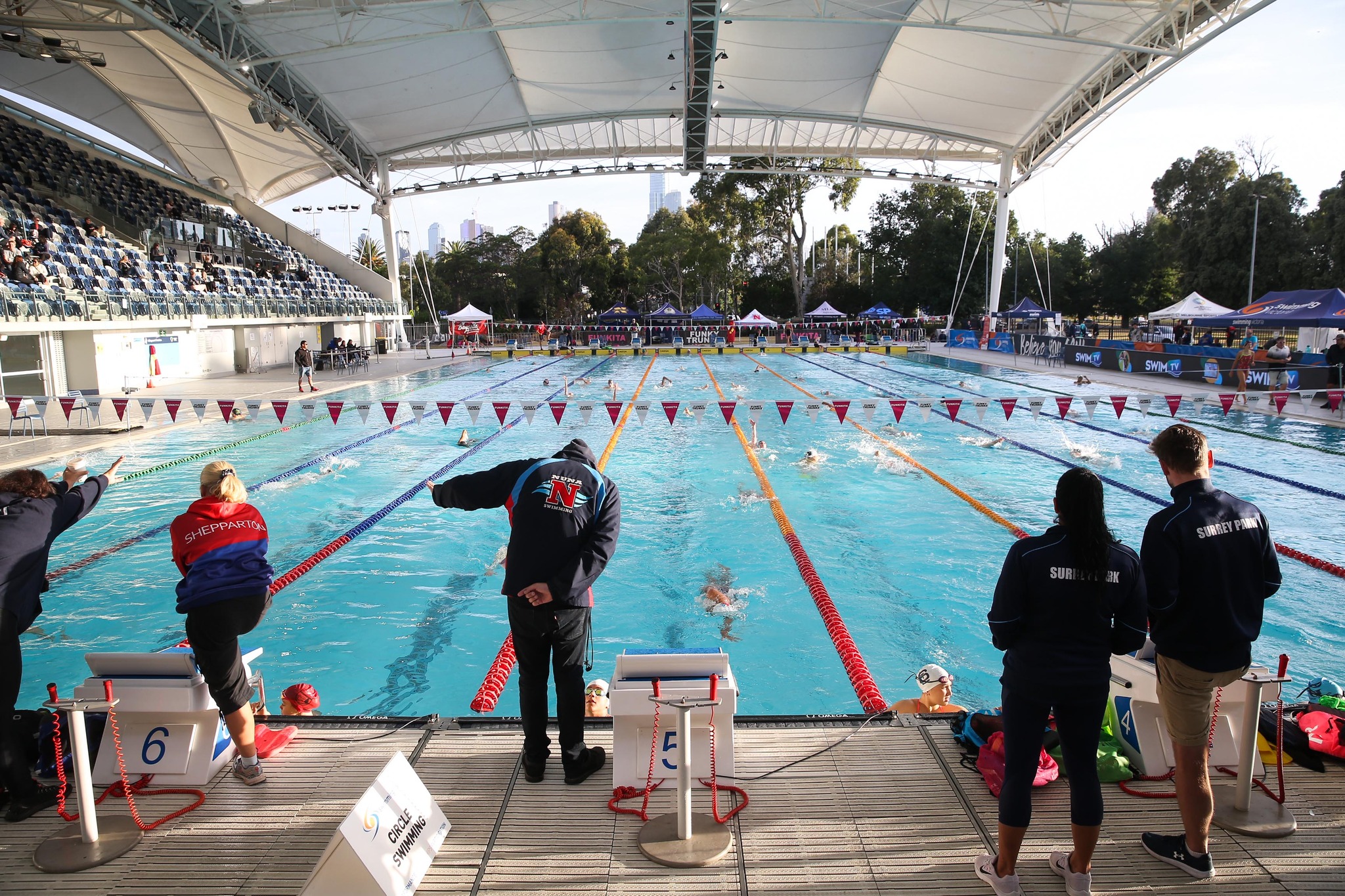 Jason is mindful of how some in the sport may find the implementation of the technology confronting but is aiming to balance that with the possibilities it creates.

“We are aware that this could affect the cultural dynamic of the sport and we are not saying volunteers and technical officials aren’t valued or required, we’re just looking to use them in more impactful and enjoyable ways. They are certainly still necessary at a local level but in 2022, perhaps the role of a technical official might be more meaningfully conducted off-deck.”

The excitement surrounding the technology goes beyond supporting and improving officiating, with Jason detailing future plans under a Crawl, Walk, Run system.

“Right now, we’re still working on developing the technology so we’re in the ‘crawl’ stage. When we get to ‘walk’, we’re looking at integration with live-streaming, scoreboards and event presentation. Since COVID-19, live-streaming has become even more important and while those videos have been well received, Hawk-Eye cameras will improve the experience for those at home and at the venue with perspectives never seen before.

“Lastly, at the ‘run’ stage, we will have the ability to provide analytics and information to swimmers, their coaches as well as friends and family, potentially in a real-time setting. For example, being able to provide a digital clip to a swimmer who makes their first Championships, and allow them to own it forever, is an exciting prospect. We are keen to harvest every possible advantage for our swimmers so the ability to provide additional levels of data and analytics to aid in development will also create a competitive edge for our swimmers.” 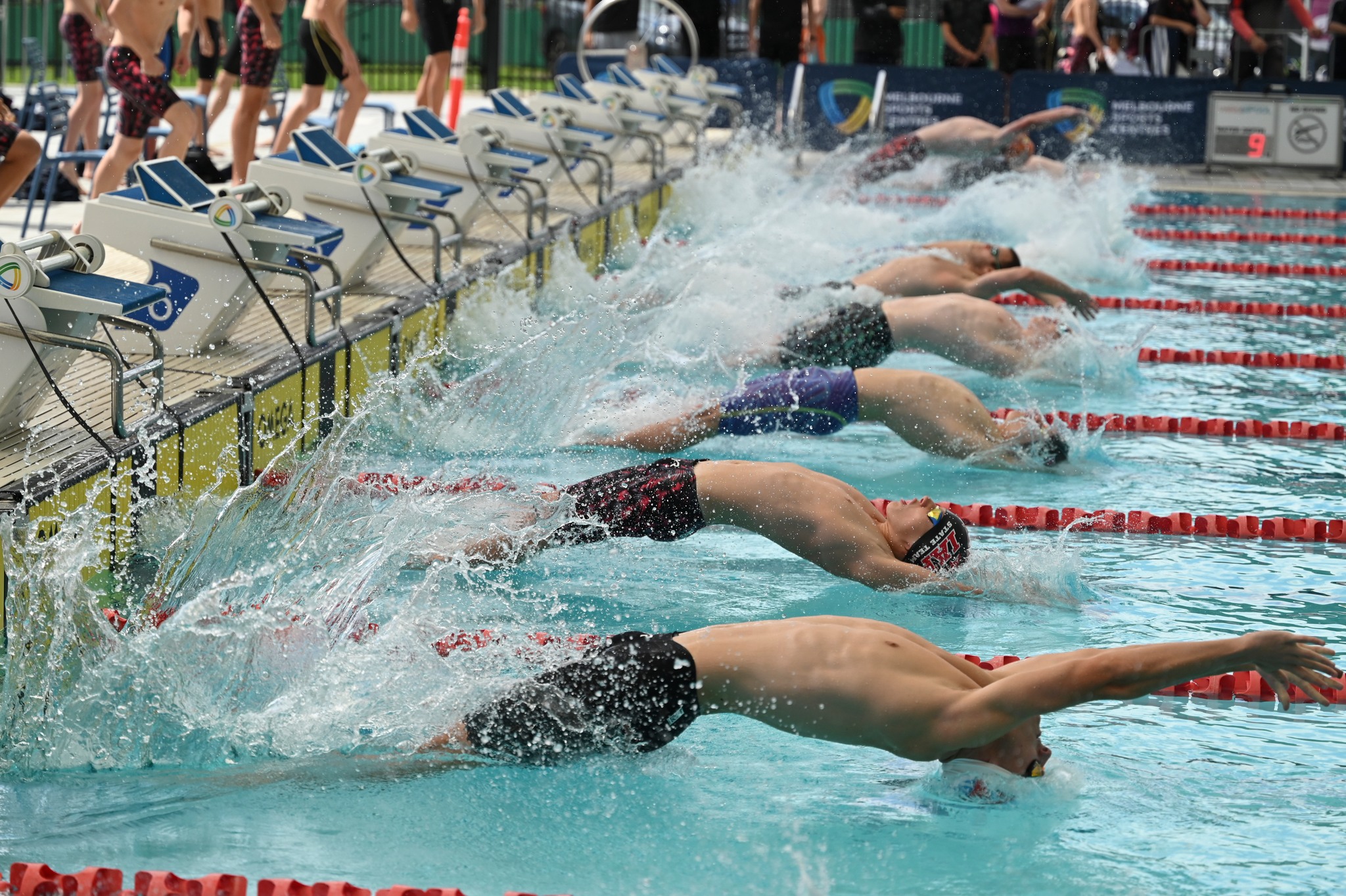 After the proof of concept was launched at the 2022 Victorian Age Long Course Championships in March, Swimming Victoria hopes to implement the system live later this year. It then has the potential to be used for competitions like the 2026 Commonwealth Games in Melbourne and the 2032 Brisbane Olympic Games as well as the “Duel in the Pool” when the USA competes against Australia in Sydney this August.

“We are firstly getting ready for the short course season and still fine-tuning things like the best angles for the cameras to reduce glare,” said Jason. “But to have it featured at the Duel in the Pool, a meet between the two biggest swimming nations in the world with viewers from around the globe tuning in, would be an amazing opportunity.”