Preparations for the 2017 Victorian Sport Awards are in full swing and the team at Vicsport and State Government of Victoria are so excited to share the celebration with you all!

Every week we will be bringing you a story from "Last Year's Heroes" - a series of short bios from winners of the 2016 Victorian Sport Awards as a reminder of the talent and scope we have in this great state of ours.

Nominations are now open for the 2017 Victorian Sport Awards, and we invite you to have a think about a member in your community that you would like to recognise and celebrate for their dedication to community sport.

Is there someone in your sporting community that had an outstanding 2017 and you would like to recognise him/her for their passion to the sporting industry? Or maybe someone has given his/her time as a volunteer and deserves to be recognised and celebrated?

This week, we share the story of George Halkias. A man who has been involved in developing and shaping community sport in Victoria for over 15 years. George was recognised for his service to Victorian community sport and recreation at last years’ Victorian Sport Awards. George’s work has impacted thousands of people by breaking down the barriers and challenges people faced participating in sport and in doing so, improved the well-being of many.

“Winning an award was very humbling and I appreciate that my passion was recognised by my peers. The impact from winning the award has built my networks and allowed me to continue working with the community to create social change through sport, something I care so deeply about”. 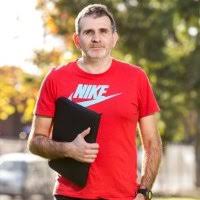 In 2004 George co-founded the Big Issue Street Soccer program, which involves weekly sessions in Fitzroy’s public housing estates. The goal is to engage homeless and disadvantaged youths, including those with mental health and substance abuse issues. In addition to coaching the weekly training sessions, George successfully sourced funding and coordinated Australia’s first ever representative team at the Homeless World Cup in Edinburgh in 2005.

George also partners with Melbourne City FC and runs the City Strikers Walking Football program to break down the barriers and challenges older members of the community face to sport participation.

If there is a member in your community that has similar characteristics to George, nominate them for an award today. 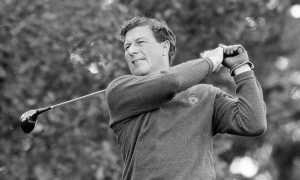 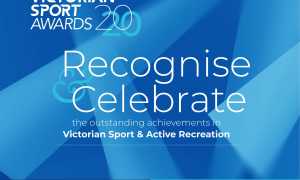 Vicsport and the State Government of Victoria are pleased to announce the 2020 Victorian Sport Awards have been rescheduled for Wednesday, 6 October. 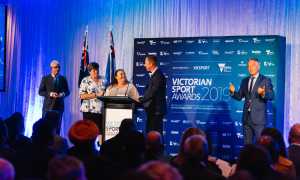