A month is a long time in sport.

Many years ago I recall attending a function where The Hon. George Souris was announced as NSW Minister for Finance and Assistant Treasurer. George had been the NSW Minister for Sport and I’d had the pleasure of working very closely with him, his staff and the Premier’s Office over the period where NSW successfully bid, won and eventually hosted the MotoGP in Sydney between 1991-1995.

In his speech George mentioned he’d taken the opportunity to speak to other members of the NSW Cabinet suggesting they should all spend time leading the sport portfolio. The value in doing so he said would be gain a true understanding of “real politics”. Running the State of NSW was easy according to George. Being immersed in the politics of sport was more difficult than anything he’d ever encountered.

That was 25 years ago. Nothing has changed.

While the AOC election has taken the spotlight these past few weeks there’s been plenty of ‘off-court’ activity in other sports across the country. Whether it’s a coup (think Anne-Marie Colby, Netball Australia Chair), an intervention by a political heavyweight (think Alan Jones’ involvement in the NSWIS CEO appointment) or the many changes that occur from grass-root level to the most commercialised sports in Australia, there’s always something going on.

Here at Sportspeople we’re often asked what role a sport management professional should play in the politics of sport.

Having held leadership roles with State and National sporting organisations early in my career and with the benefit of the past 21 years with Sportspeople, I can provide a personal perspective.

My advice is very simple. Stay out of it.

Too often I hear from Chief Executive Officers who feel they ought to be driving the agenda and campaign to change the leadership at Board/Director level. Their reasons are usually noble, including wanting to develop greater expertise on the Board, exit a recalcitrant or bring to an end some voting bloc that is proving to be counter-productive to the progress of the sport and achievement of the broader strategic objectives.

Given the reasonably fickle nature of alliances, there is a considerable downside for sport management professionals in orchestrating the demise of the Chair or Directors. Eventually all Board positions will turnover, so an ally today may well mean an adversary in the future.

My advice to sport management professionals contemplating this treacherous path is to maintain a neutral position and instead focus on the things you are employed to do. Importantly, by remaining neutral you have the best chance of preserving the relationships with present, outgoing and incoming Board members.

If ever in doubt, refer to your Position Description and find the clause that provides you licence to do otherwise. 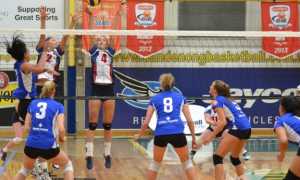 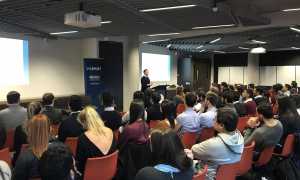 An elite panel of Deakin University alumni share their secrets of success to eager university students. 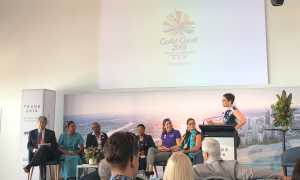 International delegates unite to bring peace and hopes for a sustainable sporting future at the Commonwealth Games on the Gold Coast.