Ethical Decision Making: Are you asking the right questions?

Ethical principles, culture, behaviours, risk management, pre-planning, and frameworks. These were the topics up for discussion at the most recent Vicsport Professionals Network (VPN) event - Ethical Decision Making: Are you asking the right questions?

Supported by the State Government of Victoria, the event was attended by over 60 CEOs, Senior Managers, and Board Directors from across the industry who were there to explore how they can be prepared and equipped to deal with ethical issues in a mature, fair and consistent manner.

The interactive format of the session allowed a free flowing of conversation between our two distinguished presenters, Peggy O'Neal - President of Richmond Football Club (read bio) and Margot Foster AM - Chairman of Vicsport (read bio) and the audience as questions arose throughout the evening.

The presenters were asked several hard-hitting questions including the ethics around sponsorship and revenue sources and cultivating an ethical culture.

The first question of the night asked if sport can internally manage ethical decision making, or if the protection of brand clouded judgement rendered sporting organisations too conflicted to appropriately make decisions. Foster stated, "…many professional sporting organisations outsource their regulatory regimes so that the people whom you are paying your membership fees to are not the ones in charge of making decisions against lawyers." She continued by saying that many member protection policies that sports rely on do not clearly define what ethics is, or what a breach of ethics includes and how it should be dealt with.

When asked about an organisations culture, O'Neal made the connection with the importance of a charter that the board is able to refer to. This charter should be reviewed yearly with all members of the board making a pledge to it. Doing so allows all members to be on the same page and give direction to any decisions they need to make.

When asked about risk management and the preparation for potential incidents that may arise, O’Neal responded with this advice: "Try to predict what are potential issues that could arise, then figure out what would be done. Plan for the worst."

O'Neal, as President of Richmond Football Club, did attract some attention from the audience regarding the response to the behaviour of player Dustin Martin in an off-field incident earlier this year. O'Neal responded by saying that the board has developed very clear procedures for these exact situations. These policies include the responsibilities of the players, CEO, and Board in dealing with a particular incident. In the case of Martin, the procedures dictated that the issue would be dealt with by CEO Brendon Gale, who could refer to the Board if need be.

The session concluded with attendees enjoying some networking and refreshments alongside industry peers, wrapping up an insightful and enjoyable evening all round.

Congratulations to VPN member and Diving Victoria's President Fiona Carter, for winning the lucky door prize. Carter received a free registration to the 2016 PSCL Asia-Pacific Sports Analytics Conference valued at $500! The conference is the premier forum for industry professionals and executives interested in the role of data and analytics in the Australian and global sports industry. Join 500 plus attendees from across fields of sports, analytics, marketing and more.

VPN members can save $125 on their registrations, get the discount code.

Vicsport would like to thank our preferred supplier Lander & Rogers for their superb hospitality.

If you would like to join the Vicsport Professionals Network you can join here or Phone: 9698 8103

Peggy is a consultant to Lander & Rogers and has specialised in superannuation and financial services law for more than 20 years.

She has been president of the Richmond Football Club since October 2013, having served on that board since 2005. In August 2014 she was appointed to chair the Victorian Minister for Sport's year -long Inquiry into 'Women and Girls in Sport and Active Recreation'.

Peggy is presently a non-executive director on the board of Commonwealth Superannuation Corporation as well as three subsidiaries of National Australia Bank. In the not for profit sector, she is on the board of Women's Housing, on the investment advisory panel of Home for Homes (an initiative of the Big Issue) and an ambassador for micro-finance organisation, Opportunity International.

In September 2014 she was named as one of the Financial Review/Westpac 100 Women of Influence and as one of the Women's Weekly 50 Most Powerful Women in Australia.

Peggy is also a Fellow of the Australian Institute of Company Directors.

Margot Foster AM is a lawyer by profession with over 25 years experience in sports administration. She has been a member of the Vicsport Board since 2008 and its Chairman since February 2013. She has held many Board and committee positions in sport with a variety of organisations including the Australian Olympic Committee, Melbourne’s 1996 Olympic Bid Committee, several NSOs and SSAs, and has been a Board member of the Australian Sports Commission and the New Zealand equivalent SPARC.

In her spare time, Margot mentors many women in sport and hosts a regular networking lunch for women working in the sports industry.

Margot is an Olympic bronze medallist and a Commonwealth Games gold medallist, she has also competed in several rowing world championships.

NFP Board Leadership conference Where:186 Exhibition Street, Melbourne VIC 3000 When: Friday 24 July and Saturday 25 July 2015 Leadership Victoria has brought together experts in governance, innovation and risk-management, as well as high-profile leaders, to address the challenges faced by experienced NFP leaders to take their organisation into the future 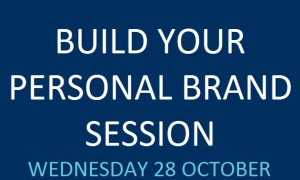 We’re excited to announce the next free Vicsport Professionals Network (VPN) member only event! How much thought have you put into your personal brand and how you’re perceived in the market place? Our social lives and careers are becoming increasingly accessible in the public domain, therefore the importance of having a strong and professional image is vital

Message From The CEO - May 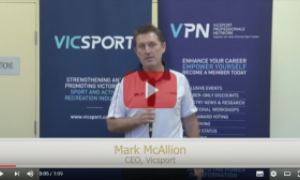